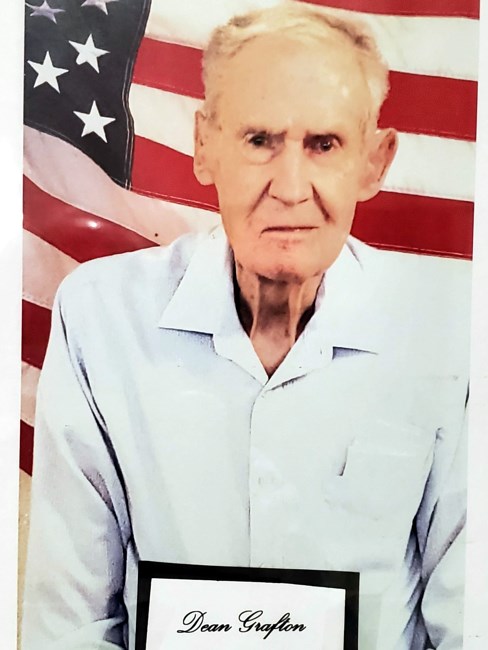 Dean Grafton was born September 21, 1924, in Mt. Pleasant, Ohio. He attended school in this coal mining community through high school. Dean was involved with the church from very early on, and graduated from the Cradle Roll Department of the Mt. Pleasant Methodist Church to the Beginners Department in 1928 at age four. After graduation from high school in May, 1942, Dean began his collegiate studies at Ohio State University. His studies were interrupted in 1943 by WW II when he enlisted in the U.S. Navy and began training at the Great Lakes Naval Station. He served at Great Lakes until 1944, attaining the rank of Seaman First Class. When preparing for deployment, Dean was found to have serious problems with his feet and he was excused from service and honorably discharged. Dean returned to Ohio State University and graduated in 1948 with a Bachelor of Science degree in Geology. He began his career in petroleum geology in the Permian Basin of West Texas in January, 1949. After five years in West Texas, Dean moved to Houston and remained there throughout the remainder of his career. After 36 years of service in the petroleum industry, Dean retired from Occidental Petroleum, having previously worked for Cities Service Oil and Gas. Dean married his wife, Georgia Hosek, in 1965. Georgia was very supportive of Dean’s geologic activities while pursuing her own career as an artist. Dean was active in several geologic organizations, particularly the Houston Geologic Society where he served in several administrative positions, including President. In addition to HGS, Dean was a member of AAPG, the American Institute of Professional Geologists (President, 1984), and the Texas Section of AIPG (President, 1985). Dean was very active in Chapelwood United Methodist Church, serving as Head Usher for many years. He participated in many of the church’s activities as a member of the Administrative Board, a lay delegate to the Texas Annual Conference, and a member of Pastor-Parish Relations Committee. Dean was a unique individual with a superb intellect who valued his independence. His reading was remarkable, from current publications to a myriad of non-fiction books. His special interests included military history, biographies of significant historic figures, and all aspects of religions and Christianity. He was a devout Christian and a true believer in the Bible and its teachings. Everyone should be comforted knowing that Dean is now in heaven, at peace, and joined once again with his wife Georgia. May he rest in peace.