Photo taken looking at the site of the 1901 Spindletop blow out well.

Rosemary Laidacker and Robert Pledger organized an interesting field trip that took place after the AAPG Houston convention on Thursday, April 9.  Forty-one geoscientists and history buffs  traveled by bus to Beaumont, Texas, to see historical relicts of the early pioneer days of the oil industry.

The first stop was the Texas Energy Museum;  at 600 Main Street, in Beaumont Texas , off I-10.   During the drive, the group watched a video about the discovery of Spindletop oil , created for the 100th anniversary of the famous oil blowout on January 10, 1901. The Spindletop oil discovery is historically significant because it was the first US well to produce 100,000 barrels oil per day.  The discovery ushered in new wealth, technology  and rocketed the state of Texas to national prominence.  The Texas Museum has two floors of displays relating to early Texas oil drilling, production and refining. The group was fascinated by the seismic line wall murals over the Spindletop Dome. More information is at www.texasenergymuseum.org.

Field trip leader Rosemary Laidacker introduced a fascinating new historical book about the discovery of Spindletop.  The people and time period come to life in the book “Giant Under the Hill” by Judith Walker Linsley, Ellen Walker Rienstra and Jo Ann Stiles. The book is available at Amazon.com for $20 and through Texas State Historical Association in Austin (http://www.tshaonline.org/) 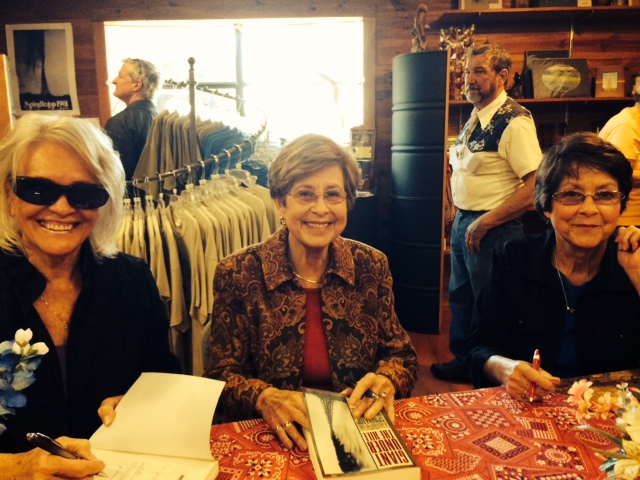 “Giant Under the Hill” explains the events leading up to the discovery and raging oil blowout of the “Lucas Gusher.” Historical characters include Patillo Higgins, the man who dreamed of finding oil on Big Hill or Spindletop; and Captain Anthony Lucas, who made the drilling of the discovery well possible. The authors talked to the attendees for several hours about the timeline of the oil discovery. As Jo Ann Stiles said, the story includes all possible literary dramatic elements:  dreamers, bankers, businessmen, intrigue, love, death, riches and bankruptcy.

Robert Pledger gave a presentation on the geology and geophysics  of the Spindletop dome and the discovery of oil. The original discovery found in 1901 produced over- pressured oil out of the cap rock at 1102 ft.  In 1926 another pool of oil was discovered by drilling on the flanks of the subsurface salt dome. Pledger’s company continues to search for more oil in the Spindletop dome area.

Samples of the gypsum and anhydrite cap rock were shown in the room. Prior to the discovery the Hill was known to have surface gas seeps with Patillo Higgins lit on fire. Geologists knew oil accumulated in anticlines, but did not associate oil with Texas hills and salt domes. Many geologists before 1901 dismissed Patillo Higgins attempts to convince investors that Big Hill (Spindletop) had oil.  Anthony Lucas believed Higgins but had to invent new drilling techniques (like the rotary bit) to be able to drill to 1101 feet. 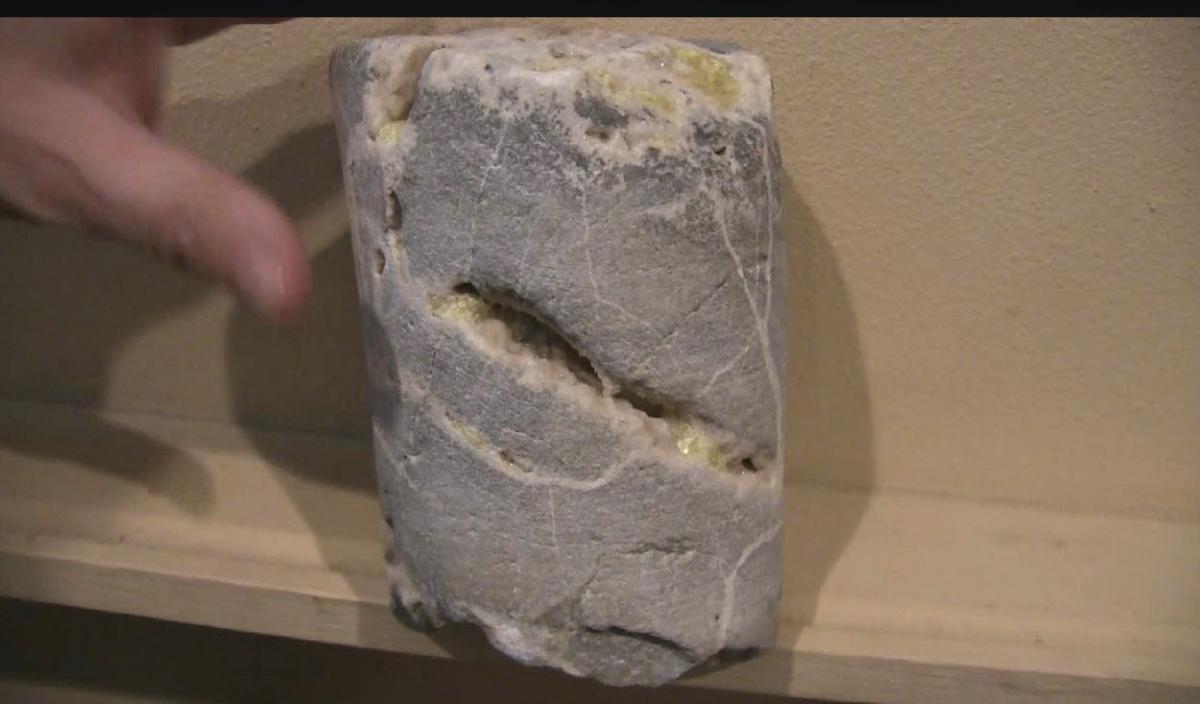 Everybody on the field trip enjoyed  a short drive to the site of the Spindletop blowout off the 1-10 highway. Oil wells with rocking pumpers still produce oil from this historical oil field, over 114 later.

The Gladys City Museum has a daily recreation of the Spindletop blowout. The group witnessed  a 10 minute blowout recreation,  where water shoots over a wooden rig 100 feet into the air. 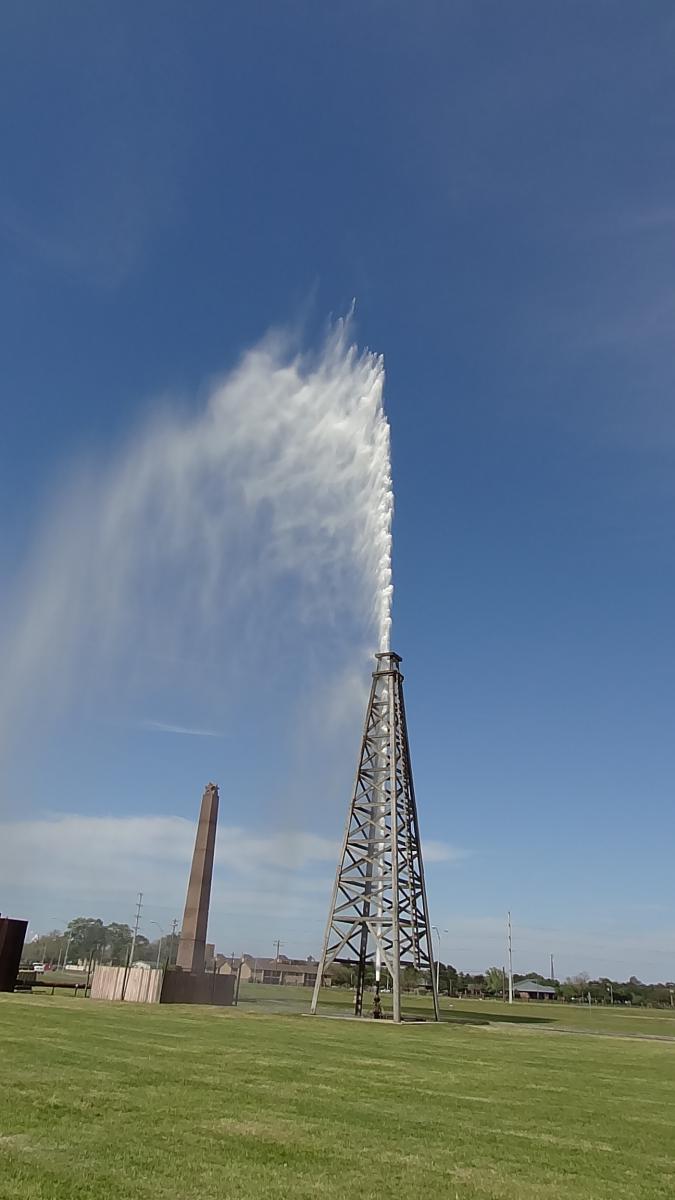