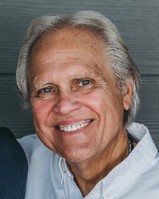 Richard "Ricky" Cook was a longtime resident of Houston, Texas. He lived a full and purposeful life from 7/17/52 to 8/11/2020. Ricky graduated from the University of Texas with a degree in Geology in1976. He settled in Houston and started his first and last job as a geologist at Pennzoil, later becoming Devon Energy.  Ricky joined the Houston Geological Society on 03/01/1987.

He was a loving and devoted father and recent grandfather who always made spending time with them a priority. Ricky made friends wherever he went and had many interests including live music, the Hill Country, happy hours with friends, music cruises, walking his dogs, spending time in prayer, and playing his trumpet. One of his greatest joys was playing trumpet in several bands including the Lone Star Symphonic band.

He is survived by his son Cody Cook, brothers David and Brian Cook, grandson Jackson Cook, and girlfriend Kaydee Cooper.