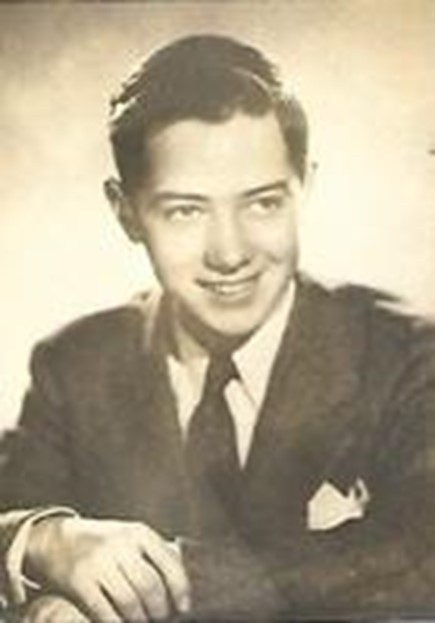 Born in 1929 to Ellen and John Simpson, John attended Shaw High School before enrolling at Western Reserve University in Cleveland, Ohio. Shortly after graduating in 1951 with a Bachelor of Science in Geology, John enlisted in the U.S. Army. He spent nine months and nine days in the combat zone of Korea, where his assignment was Company Commander with the rank of First Lieutenant. After being honorably discharged, John was awarded the National Defense Service Medal and the Korean Conflict Service Medal by the U.S. Army, the United Nations Korean Service Medal by the United Nations, and the Ambassador for Peace Medal by the Government of South Korea.

Over the course of his life John moved through different lines of work, including teaching night classes on geology at the University of Akron, publishing studies on the origin of the Moon as a geophysicist with Goodyear Aerospace Corporation, researching for the U.S. Securities and Exchange Commission, and prospecting for natural gas, which brought him to all corners of the United States as well as to Colombia.  John joined HGS in January, 1981.

John was a lover of animals and nature, traveling with his family to destinations as varied as the Galapagos Islands, Serengeti National Park in Tanzania, and the Amazonian River Basin in order to appreciate their natural beauty. He visited the U.S. National Parks well into his late eighties, as it brought him great joy to see the wildlife. When at home, John diligently fed the birds and squirrels in the backyard so that he could enjoy their company while he read the newspaper each morning.
John was preceded in death by his parents and son, Jack Martin Simpson. He is survived by his wife of 34 years, Maria Theresa Simpson; his children Eileen Susan Billiris, Elizabeth Louise Howard, and Sidney Harrison Simpson; four grandchildren and six great-grandchildren.

Summarized from the Life Tributes section of the Houston Chronicle on September 30th.