From the President- December 2018 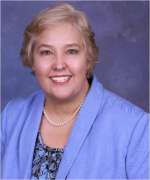 In general, Geoscientists are known to have a higher propensity to be creative than the general population. Clearly, it helps us in our jobs to be able to think three dimensionally and draw figures. But creativity comes in many forms. One is musical ability and creativity. HGS wants to tap into our member’s musical ability and creativity. So, we are calling all musical geos to step forward!
This is the official call to service to be a HGS Jammin’ Geo.
If you individually play an instrument, or if you’re part of a musical group, we want your musical talent to debut at our annual Spring Shrimp Peel!
You might be wondering, how I got this idea? Recently I was having coffee with Bill DeMis. We were discussing participation in professional organizations. We both agreed it is important for networking and ultimately important to every geologist’s professional development. So, the discussion turned to how we can relay that message to our colleagues. We decided that in order to attract more participation, we could make our events more fun. Bill pulled out his cell phone and showed me a picture of the AAPG Jammin’ Geos at the recent Salt Lake City Convention. He said it was a very fun event with lots of people in attendance. He referred me to Rick Fritz, former AAPG Executive Director, for more details. So I started down the path to Rick to find out how the group started and how it functions. He said it was an organic idea that started in hotel rooms at annual conventions, then moved to larger rooms at the venue when there were too many attendees to fit into one hotel room. All the events are free, but there’s a cash bar for attendees. Over the years Rick added a song book after he discovered that at the 1921 Annual AAPG Convention the attendees would often break out in song – always geology related songs. He said there is no need for the performers to rehearse ahead of time, since each artist or group of artists play songs familiar to them. He hooked me with the idea that we needed to bring music back to HGS events by talented members displaying their musical talent.
When Bill and I were talking, we lamented that we remembered a time when we were the “newbies” and the typical HGS monthly meeting had much higher attendance than today, and the social events were so popular that attendees were almost shoulder to shoulder. The annual Shrimp Peels during the late 1970s were cases in point. If you were a geo or a friend of a geo in Houston, you didn’t want to miss them. Of course there was networking and many new people to meet, but there was also a lot of fun listening to a band and dancing - mostly line dancing. Those were the days the Shrimp Peel was on the north side of town at the old Knight’s of Columbus Hall, which we eventually outgrew. Over the years the Shrimp Peel waned, and there were a few years that we didn’t have one. But now the annual Shrimp Peel has returned and we want to make them even more fun with Jammin’ Geos providing some of the entertainment! With over 3300 members, I suspect there are quite a few talented musical geos. All it takes to join is to express an interest by adding your name to a list of interested parties. The HGS Office will keep the list, so please share your contact information and desire to participate by either calling (713-463-9476) or emailing (Office@HGS.org) the office. The list will be used for communicating information and getting ideas, such as which songs to include in the song book. Of course, this spring you will need to show up at the Annual Shrimp Peel with your instrument, as well as with your group, if you’re in one.