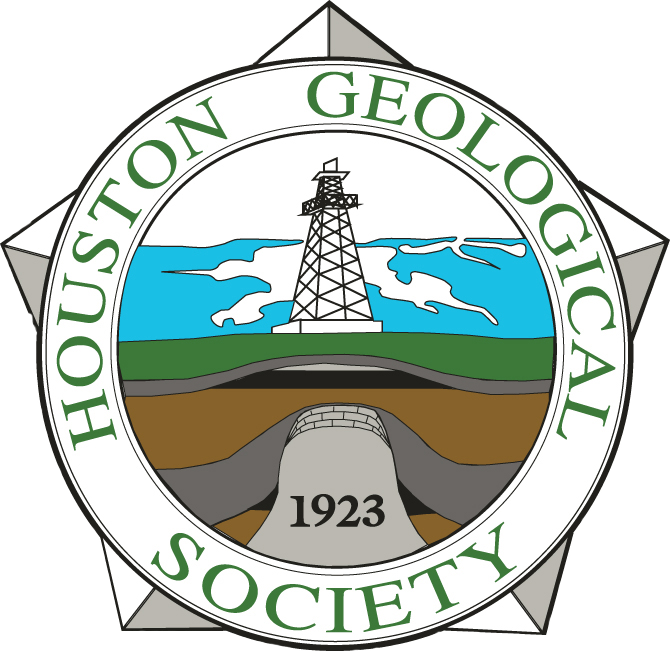 Rising Star Award
This award was first given in 1998.  This award was established to honor individuals who are relative newcomers to the Houston Geological Society and have made significant and promising contributions to the enhancement and success of the HGS.  Age is not a criterion, relative newness is.

Chairman’s Award
This award was established in 2014.

This award was established to honor members whose extraordinary efforts or unique contributions to their committee deserve special recognition.  It was meant to make committee recognition available to all committees, not just the Bulletin.

The Editor’s Award was first given in 2011.  It was awarded for three years prior to being superseded by the Chairman’s award.  The 2014 President recognized an Outstanding Board Member.  This recognition is left up to the outgoing President’s discretion.

President’s Award
This award was first given in 1987.  This award is meant as a small token of the President's esteem and appreciation to honor members whose extraordinary efforts or unique contributions deserve special recognition.  In order for the award to maintain a high standard, no more than five awards will be given in any one year and Board approval is required for selections not made by the President.  This award has been given more than one time to several individuals, even after receiving Honorary Life membership.  Extraordinary efforts or unique contributions can continue throughout one’s career.

Distinguished Service Award
1979 is the first recorded record for this award found in HGS membership Directories.

This award was created to honor members who have rendered long-term valuable service to the Society.

This award is bestowed upon persons who have distinguished themselves in the science of geology or have contributed outstanding service to the success and welfare of this organization.  The Distinguished Service award is a prerequisite for this honor.

Gerald A. Cooley Award
This award was first given on October 12, 1998.

The Houston Geological Society recognizes that some outstanding HGS members continue to serve well above and beyond the call of duty. This award honors the memory of the man we remember as the personification of dedication, service and leadership continuing long after official office terms expire. It recognizes true dedication to the profession of petroleum geology in general, and to the Houston Geological Society in particular. The award honors those who have continued to serve the society well above and beyond the call of duty over many years.  A candidate must have received both the Distinguished Service and Honorary Life Membership Awards to be eligible for consideration.  It is the Society’s highest award.

The Houston Geological Society recognizes that some outstanding HGS members continue to serve well above and beyond the call of duty. Some HGS members have received every recognition and accolade that the society offers. Of these, a few continue to generously donate a considerable amount of time and effort to the society's activities, volunteering for the routine, time-consuming, essential jobs that make the HGS run.  The purpose of this award is to honor those rare few. It is intended to be the highest recognition given by the HGS and thus will seldom be presented.  Because of his generous volunteer efforts through the years, Jerry Cooley embodied the philanthropy and graciousness that this award is meant to recognize.

Requirements for candidacy are as follows:
1. A candidate must have received both Honorary Life Membership and the Distinguished Service Award.
2. A candidate must have performed continual service for five (5) or more of the immediate past ten (10) years after receiving the Distinguished Service Award. This service is to be of the routine, essential, time-consuming nature rather than leadership positions.
3. No past Board member is eligible for at least five (5) years from last serving office.
4. A candidate for this award is of such caliber that the Award will seldom be bestowed.

The Corporate Star Award honors Companies who have made significant contributions to the Houston Geological Society.  These contributions can be monetary (cash) or in kind (donation of services, materials, or an individual’s time).  Currently, there are four levels of contribution as follows:
Platinum Level $25,000 and over
Gold Level  $10,000 to $24,999
Silver Level  $2,000 to $9,999
Bronze Level  $500 to $1,999

If a potential awardee has donated personal time an estimate shall be made as to what the dollar value of that time is.  Consideration must also be made to determine is the time span for an awardee a single year or the accumulation of a number of years (catching up on awards that should have been made in previous years).

HGS Teacher of the Year has been established to honor individuals whose extraordinary efforts or unique contributions are in Earth Science Education.  The selected Teacher is given a $500.00 cash award along with a plaque presented at an HGS event.  The HGS Teacher of the Year will be encouraged to apply to the GCAGS and AAPG Teacher of the Year Programs which offer greater cash bonuses (1500 and 5000 respectively).  All application materials should be mailed to the Houston Geological Society, Attn: Awards Chairman, 14811 St. Mary’s Ln., Suite 250, Houston, Texas 77079-2916. Questions can be sent to Mike Deming HGS Awards Chairman at mike.deming.HGS@gmail.com.