From the President - December 2019 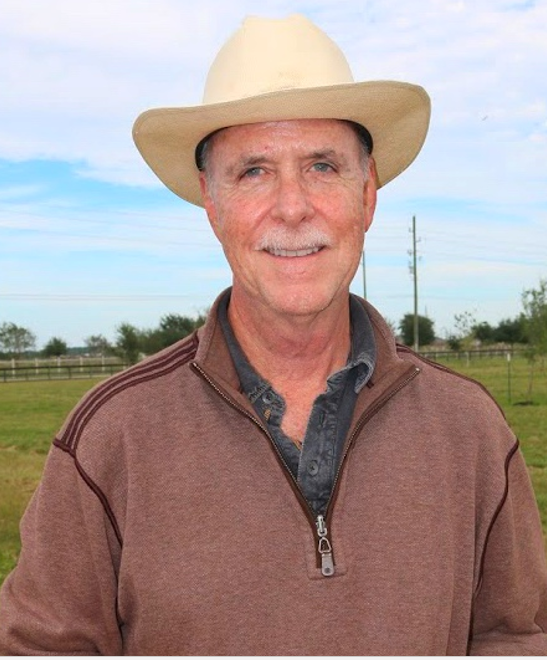 Happy holidays fellow HGS members!  Hope you have a wonderful time with family & friends during this season.

For my column this month, I thought I’d update a story which I recounted in the October 2015 issue of the HGS Bulletin, when I served as editor.  It’s not only a fun story worth repeating, but I followed up on it during 2017, while on a long road trip through western North America.  And I think it’s relevant to the theme of exploration, and an example of how one must expect that discoveries almost always turn out to be not quite the same as one imagined. We must always try to maintain an open mind throughout the exploration process.

Here’s the excerpt from my October 2015 column:

“A classic example which illustrates the situation where the proposal of new geological words has gone berserk relates to the term ‘cactolith,’ coined by Hunt et al. in their 1953 USGS Professional Paper 228 entitled Geology and Geography of the Henry Mountains Region, Utah: ‘The feeder to the Trachyte Mesa laccolith has a distinctive form and some may wish it named. ‘Cactolith’ might be used, and defined as a quasi-horizontal chonolith composed of anastomosing ductoliths whose distal ends curl like a harpolith, thin like a sphenolith, or bulge discordantly like an akmolith or ethmolith.’

For years I thought this was a serious (albeit comic) attempt to add a useful term to the geological lexicon, though I did once hear that Hunt and colleagues wrote this as a mischievous experiment to see if the term would pass the USGS editorial process, which it obviously did. Thus surviving the USGS editors, ‘cactolith’ gained entry into the AGI Glossary, and some years later was even cited in the New Yorker magazine’s How’s That Again? column.

As it turns out, Hunt et al. did indeed intentionally propose the term in order to point out the plethora of geologic gobbledygook, at least in the field of igneous petrology. I recently discovered a 1988 publication by Hunt in which he clarified the origin of the name: ‘It was intended to call attention satirically to the absurd nomenclature geologists were developing by applying new names to the infinite variety of shapes intrusions can form. The name cactolith and its definition started July 1939 at what may be called elegantly a luncheon seminar on an outcrop of that feeder to the Trachyte Mesa laccolith...’

I’m sorry to report that the cactolith, which appears in my copy of the 1974 AGI Glossary, has apparently been declared dead as it was unceremoniously dropped from the 2011 edition. Perhaps it should be revived, not as a widely-used term for describing the zillions of igneous intrusive bodies around the world that look like a particular kind of cactus – but rather for the message it was meant to convey, about the importance of trying to keep our geological jargon as simple as possible. I suppose it could also be defended as having value as a candidate for crossword puzzles. In any case, the curious can visit Hunt et al.’s type locality about ¾ mile southwest of Trachyte Mesa, Garfield Co., Utah, just off State Route 276 about five or six miles south of the junction with State Route 95. I haven’t been there yet, but I’d like to do so someday, to pay my respects.”

I did eventually visit the Henry Mountains, during 2017, and spent a day hunting for the cactolith on a hike southwest of Trachyte Mesa.  Because Hunt et al. did not provide a photo or drawing of the cactolith in their 1953 report, I had imagined the cactolith to be an intrusive igneous body perhaps 5-50 meters in length, outcropping in a canyon along the arroyo where Hunt and his USGS colleagues had their picnic lunch in 1939. Hiking up and down the arroyo bed for a few hours, I found no such feature.  I began to think I was in the wrong arroyo, so I climbed up to the top of the adjacent mesa to better get my bearings. When I reached the top of the mesa and started walking around, I noted that all the outcrops and float consisted of a dark-colored porphyry, perhaps the diorite that Hunt et al. had mapped as comprising the Trachyte Mesa laccolith and associated cactolith. In the evening, back at my motel room in Hanksville, I looked at the Google Earth imagery for the area I’d been hiking, and discovered that the entire mesa that I’d climbed up to the top of, measuring a few kilometers across, had a form reminiscent of a saguaro cactus lying on its side (see figure).  It appears that Hunt et al. had described, with a bit of imagination (and maybe a lunchtime beer or two?) the large-scale, saguaro-type map pattern of a plutonic body.  Not exactly what I expected… but I suppose that’s true of most exploration discoveries.