Remarkable notebooks belonging to a scientist admired by Charles Darwin are to join the University of Edinburgh’s collections, following a successful campaign.

Close to £1 million has been raised to purchase a collection of writings by the Scottish geologist, Sir Charles Lyell. Money donated by more than 1,000 supporters of the campaign, a grant from the National Heritage Memorial Fund (NHMF) and a contribution from the University has successfully secured the books. The works, previously held in private ownership, were subject to a government export bar, which prevents valuable artefacts from being lost to the UK.

Lyell, who died in 1875, aged 77, mentored Darwin after the latter returned from his five-year voyage on the Beagle in 1836. He influenced generations of scientists through his popular books and lectures and is credited with providing the framework that helped Darwin develop his evolutionary theories. Although written in the Victorian era, the works also shed light on current concerns, including climate change and threats to biodiversity. They also explore the meanings of so-called ‘deep time’– the concept of geological time first described by the Scottish geologist James Hutton in the 18th century. The University is planning to make the collection of 294 notebooks available to the public for the first time through its exhibitions programme and digitisation. High profile institutions and individuals have backed the campaign, including the Geological Society of London and three leading science broadcasters and writers – Nicholas Crane, Richard Fortey and Edinburgh graduate Hermione Cockburn.

"The acquisition of Sir Charles Lyell’s notebooks is one of the most significant additions to our archive collection for many years and we are thrilled that they will be freely accessible to all. I would like to thank everyone involved in this campaign – especially those who made a donation, however large or small, to make this notable purchase possible." -Jeremy Upton, University of Edinburgh Library and Collections Director

"I am delighted that Sir Charles Lyell’s contributions to the world of science can, at last, be more widely known and explored. These volumes are sure to add a huge amount to our understanding and the National Heritage Memorial Fund felt it was vital that this outstanding collection was saved for future generations." -Sir Peter Luff, Chair of the National Heritage Memorial Fund

"Lyell’s notebooks give us a chance to better understand one of the greatest scientific minds of the last 200 years. It is fantastic news that, thanks to generous donations from the public, the National Heritage Memorial Fund and the University of Edinburgh, we have been able to save this important archive for the nation." -Helen Whately, Arts Minister

In his autobiography published in 1887, Darwin wrote: “The science of geology is enormously indebted to Lyell – more so, as I believe, than to any other man who ever lived.”

The National Heritage Memorial Fund (NHMF) was set up in 1980 to save the most outstanding parts of our national heritage, in memory of those who have given their lives for the UK. It will receive £5 million of Government grant in aid in 2019/20.*

*This article came from The University of Edinburgh website: https://www.ed.ac.uk/giving/save-lyell-notebooks/what-s-happening/nationally-significant-works-secured

“Charles Lyell’s importance as a world-leading scientist is unquestioned. His remarkable notebooks are key to appreciating his standing as arguably the most significant figure in the earth sciences in Britain in the past two centuries. They illuminate our understanding of the nineteenth century, and shed light on contemporary concerns including climate change, species diversity and the meanings of deep time. We are delighted that the University of Edinburgh’s efforts together with the generous support from many donors and different institutions to save Lyell’s fascinating notebooks has been successful and look forward to these being made public.”

*This article came from The University of Edinburgh website: https://www.ed.ac.uk/giving/save-lyell-notebooks 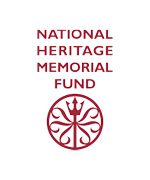