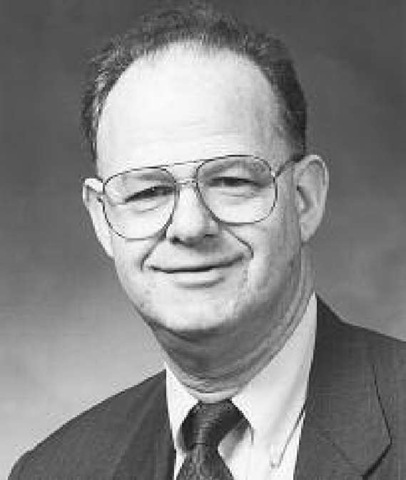 George Devries Klein was born on January 21, 1933, in s’-Gravenhage (The Hague), Netherlands and died on April 30, 2018, at his home in Guam. He is survived by Suyon Cheong Klein originally from Seoul, South Korea.

After immigrating to the United States, George earned three degrees in Geology:  B. A. in 1954 from Wesleyan University, Middletown, Connecticut; M.A. from the University of Kansas in 1957; Ph.D. from Yale in 1960.  Sinclair Research, Inc. (petroleum) employed George as a research sedimentologist in 1960 - 1961.  He joined the faculty at University of Pittsburgh, Pennsylvania, in 1961, then moved to the University of Pennsylvania in Philadelphia in 1963.  In 1970, George accepted a position at the University of Illinois at Urbana-Champaign, where he remained for the rest of his academic career.  He retired as Professor Emeritus in 1993.  From 1993 to 1997 he served as Executive Director of the New Jersey Marine Science Consortium and as New Jersey Sea Grant Director.  Then he opened his consulting firm, SED-STRAT Geoscience Consultants, Inc. in Houston.
.

George Devries Klein was a sedimentologist, sedimentary geologist, sequence stratigrapher, basin analyst, regional geologist, and petroleum geologist. He authored a total of 383 refereed papers, books, reports, abstracts, and reviews, including 11 reference books.  His expertise includes tidal sedimentology, deep-water sedimentology, cratonic, foreland and rift basins, sandstone petrology, cycle stratigraphy and basin analysis. He proposed the term “Tidalites” as a process facies formed in response to global astronomical forcing factors and also recognized the combined tectonic/glacial eustatic origin of Pennsylvanian cyclothems, amongst other contributions.  Dr. Klein also taught sandstone deposition models and basins analysis short courses for AAPG, SEG and other organizations. He was the recipient of 13 awards including a Visiting Fellowship to Wolfson College at Oxford University, the SEPM Outstanding Paper Award for 1970, the Erasmus Haworth Distinguished Alumnus Award from the University of Kansas Department of Geology, the Japan Society for the Promotion of Science Fellowship, a Fulbright Fellowship to the Netherlands, and the Lawrence L. Sloss Award of the Sedimentology Geology Division of Geological Society of America.  George was a member of HGS, AAPG, SIPES, GSA, and GCSSEPM.

George joined HGS in 1997.  He served as 2004-05 HGS Foreman of the AAPG House of Delegates and was one of four Geologist honored as Legends of Sedimentology at the HGS Legends Night 2013. George was a valuable member of HGS and was widely known and respected in the Houston geologic community,

George and Suyon were retired in Guam.

releasedate:
Monday, May 7, 2018
subcategory:
In Memoriam