Company: Bureau of Economic Geology, The University of Texas at Austin 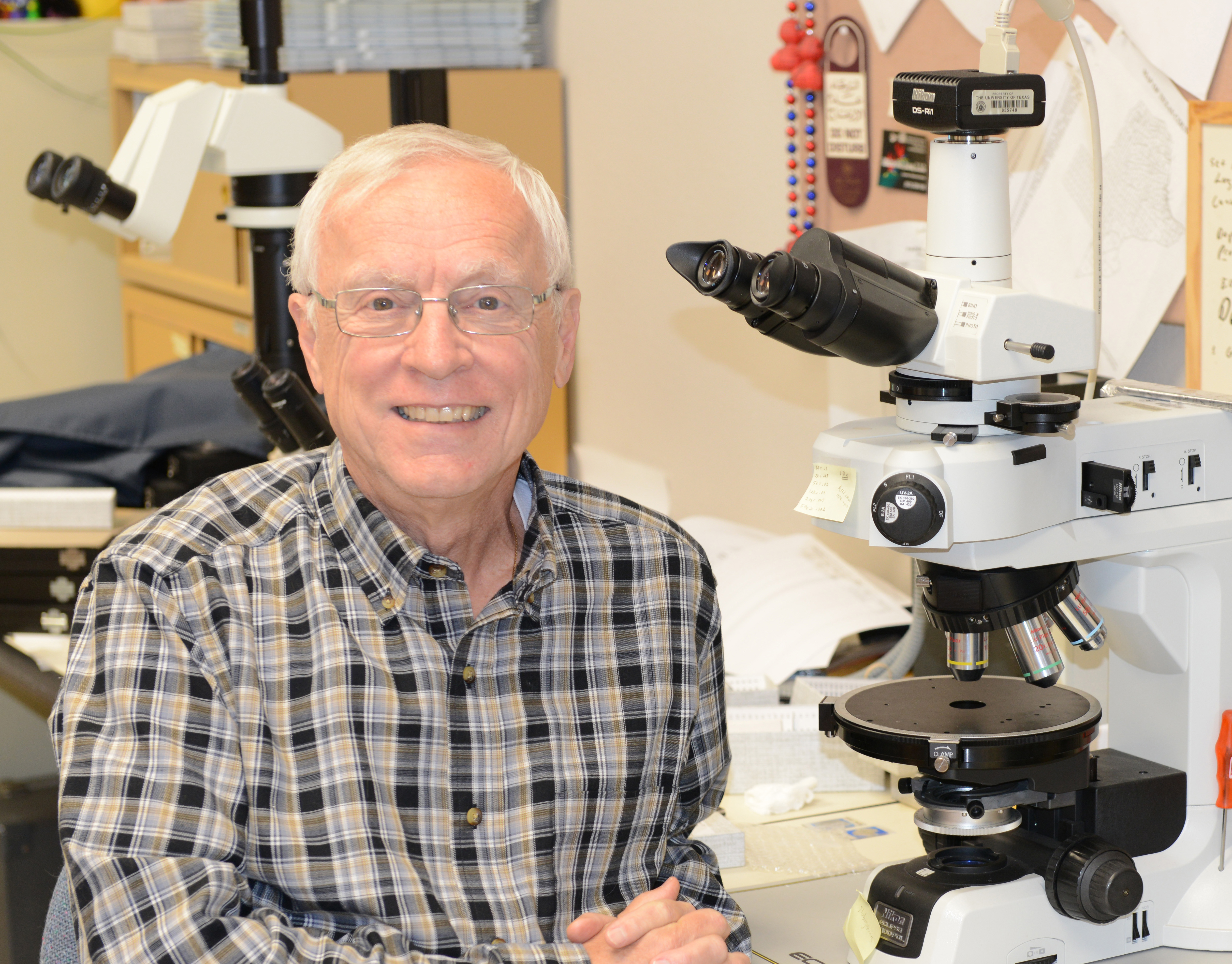 Robert Loucks is a Senior Research Scientist at the Bureau of Economic Geology. He received his B.A. degree from the State University of New York at Binghamton in 1967 and his Ph.D. from the University of Texas at Austin in 1976. He worked over 20 years in industry. He has managed and is a member of the Carbonate research group at the BEG (RCRL). He has done research and published on carbonate, mudstone, evaporite, and siliciclastic sequence stratigraphy, depositional systems, diagenesis, and reservoir characterization. Over the last five years he has been conducting a regional investigation of the Austin Chalk Trend along the onshore GOM. He is the author or co-author of more than 200 papers. He has twice received the Wallace E. Pratt Award for best AAPG Bulletin paper, twice received the A. I. Levorsen Award for best paper at GCSSEPM and WTGS, and three time the GCAGS Journal Best Paper award. He was awarded the AAPG Bob Berg Outstanding Research Award and the Karst Water Institute Research Award. He was also a MidEast AAPG Dean A. McGee International Distinguished Lecturer.

Bureau of Economic Geology, The University of Texas at Austin

The Austin Chalk Trend along the onshore Gulf of Mexico is an active exploration and production trend, yet little has been published on the detailed reservoir geology. The Carbonate Reservoir Characterization Research Laboratory (RCRL) at the Bureau of Economic Geology, The University of Texas at Austin has undertaken a comprehensive core-based regional investigation of the Austin Chalk for the past five years. The study covers the trend from the Texas-Mexico border through Louisiana. For this study, we have described ~40 cores and several well-exposed outcrops and we have constructed a large interactive database of core and thin-section descriptions, mineralogy XRD data, total organic carbon (TOC) and rock pyrolysis data, porosity and permeability data, SEM analyses, XRF analyses, and unconfined compressive strength (UCS) analyses.

The Austin Chalk is composed of marly chalks to chalky marls along the producing trend and the major biological component is fragments of coccolithophores (algae) that lived in the shallower water column on the deeper open-marine shelf. Planktic foraminifers are also common. Updip of the producing trend some shallower water components are present such as oysters, echinoid fragments, and benthic foraminifers.

Variable mineralogy is noted in all the cores. Calcite is the most common component as the chalk is primarily comprised of coccolith hash. The siliciclastic content can be greater than 50% and is composed of an approximate ratio of 80% clay minerals to 20% quartz plus feldspars. All the mineral components are in the finer silt- to clay-size range. The mineralogy ternary diagram shows a mixing trend running between the calcite apex to the clay apex. The depositional mechanism of the siliciclastic material is likely eolian dust.

Production is related to fractures and matrix pores. The matrix pore network of the Austin Chalk is composed predominantly of nano- to micropores between coccolith fragments (interparticle pores). Some intraparticle pores exist in clay platelets and fossil components. Organic matter pores occur in solid bitumen where the cores are in the downdip oil window. Reservoir quality of the matrix is low. Porosity is generally less than 8% and permeability is less than 0.02 mD. Our analyses of reservoir quality have shown that special methods of permeability measurements are needed to obtain accurate values compared to conventional core-plug and GRI crushed rock analyses, which typically have anomalously high-permeability values. Rare fractures are observed in the cores and fractures are high angle to bedding. Fractures commonly terminate at boundaries between high and low UCS rocks.

The Austin Chalk is a complex mixture of lithofacies with wide ranging mineral compositions, lithofacies-related TOC values, and poor reservoir quality. The basic geology must be defined to explore and exploit this terrigenous-rich chalk trend and to understand reservoir quality, source rock variability, and rock strength or brittleness. Our regional study has developed this basic understanding and our large geologic characterization database provides the range of expected basic parameters and characteristics.

At SeisWare, we create user-driven software for geologic and seismic interpretation. We’re Houston locals, we’re geoscientists and as the industry pushes forward and innovates, we are too, with exceptional software and extraordinary customer care.

Diana Guerrero, Jeremy Keeler and Kelly Lindloff would love to connect with you on LinkedIn, or you can visit our website to learn more.

EasyCore, EasyCopy and EasyPlot are a suite of products dedicated to the exploration and development departments in the energy sector. EasyCore, EasyCopy and EasyPlot are used by geologists, sedimentologists, stratigraphers, geo-techs, geophysicists, and petro-physicists in some of the largest exploration companies in the world. EasyCopy Graphics Suite, EasyPlot and EasyCore combine a user-friendly interface and high-quality graphical presentation output with a continued focus on ergonomics.  The focus on high standards has allowed The EasyCopy Company to provide great service to its customers for the past 25 years. EasyCopy and EasyCore customers get efficient and fast workflows to easily produce excellent geological presentations and digital core descriptions.

You can also share the below link in an email or on your website.
https://www.hgs.org/civicrm/event/info?id=2262&reset=1
empowered by
CiviCRM