Join us for the Third EAGE-HGS Conference on Latin America! This year the conference will be held in Houston, TX with an in-person networking reception and dinner on November 8th, and online with virtual presentations November 9th and 10th.

Registration will close on Monday, November 8th at 5 a.m. CST. Meeting links will be sent after registration is closed to the 'Primary' email listed on your account. Please be sure to check your spam folder if you do not see the link in your inbox.

The Atlantic conjugate margin agglutinate the activity of most offshore operators. Analyzing the geological and non-technical risks at continental scale allows ranking the opportunities within the entire conjugate margin, classifying reliable sites against marginal sites, based on criteria derived from the same group of explorers, and on knowledge transferred from databases geographically far apart. Method, data and mindset behind these analyses will be presented to debate among explorers.

Brazil and Guyana are leading the region and the world in new volumes of discovered hydrocarbons. Mexico is in pursuit, but the next several years of deep-water drilling will be critical. Colombia offshore too is in the proof of concept stage and upcoming wells will be critical in determining if there are enough resources for commerciality. In Argentina, the Vaca Muerta is ramping up.

• Where will the next discovery be?

• What role will future demand and the call for a reduced carbon footprint have?

• Will Venezuela rejoin the marketplace?

The Latin America and Caribbean regions contain about 20% of the global proven oil reserves but the excitement of the area lies in the significantly under explored offshore and unconventional opportunities. Recent exploration work is challenging preconceived models of reservoir presence, source presence, and tectonic development to identify some compelling new petroleum concepts. From new reservoir provenance models in Mexico, updated crustal type models in the Caribbean and new details on the A-C-T source rock along the equatorial margin, these new ideas are driving frontier exploration and regenerating interest in the area.

The Caribbean Region remains a challenging frontier area located between the prolific oil-rich basins of the Gulf of Mexico and northern South America. Despite a number of gas discoveries in recent years, bold explorers continue their search for the elusive oil field, and the region has seen numerous high-impact wildcats drilled in the recent years. This year BPC spud the Perseverance -1 wildcat targeting Jurassic to Cretaceous carbonates in a large fold on the Bahamas Bank. BHP and partners continue exploring in the deep water areas of Trinidad, where a number of gas discoveries have been made. Elsewhere in the Caribbean, Shell has farmed into offshore Colombia, and ongoing farm-outs continue in Jamaica.

The Guyana-Suriname basin is often considered one of the last remaining under-explored but highly prospective basins in the world. With exception of the discovery of the onshore Tambaredjo and neighboring heavy oil fields in Suriname in the 1960s, a spotted exploration history dating back to the 1920’s had been largely unsuccessful. Exploration interest was renewed when a 2002 report by the USGS estimated ~13.6 Bbbls of oil reserves were left undiscovered. Exploration efforts were soon rewarded with the economic discovery of high-quality oil-bearing Late Cretaceous turbidite sands at Liza-1 in the Stabroek block by an ExxonMobil-led partnership in 2015. Following the Liza discovery, additional operators have found success in the basin with discoveries at Jethro and Joe (Tullow-led), Maka, Sapakara, Kwaskwasi, and Keskesi (Apache-led) and Sloanea (Petronas-led). Since 2015, ~25 commercial discoveries have been made making the Guyana-Suriname basin the most exciting basin on the Atlantic margin. As exploration moves outside of the proven Upper Cretaceous stratigraphic trap play fairway in the SE Stabroek area, the level of technical understanding of the petroleum system is the key to predicting hydrocarbon fluid properties and discovering additional resources. In particular, source rock presence/maturity and reservoir presence/quality are areas of substantial interest. With several high-impact wells in the very near future targeting Paleocene to Jurassic plays, the players in this basin are continually acquiring new information and the future of the Guyana-Suriname basin is bright.

Industry activity has recently shifted south to the countries of Argentina and Uruguay with successful bid rounds held in each country in 2018 and 2019. Both countries saw an increase in interest in Frontier Offshore blocks with awards going to supermajor partnerships in Argentina (Shell, XOM, Total) and independents operators in both countries (BPC in Uruguay, for example). Recent seismic acquisition and reprocessing of data have expanded interest in new play ideas, such stratigraphic traps in deep-water reservoirs, and revisiting known plays in new areas (Malvinas Basin). Uruguay has revamped the bid-round process to include an open-round formula for flexible options in generating interest in both offshore and onshore acreage. Argentina has put the 2020 round on hold in light of economic investment concerns related to the COVID19 pandemic. However, activity in the region has not stalled with seismic acquisition associated with work commitments continued in 2020. Optimism in the Southern Atlantic was enhanced with a discovery in 2019 in the Outeniqua basin off South Africa by Total with the Brulpadda well. Further excitement continues with a well of interest; Total’s Venus-1 wildcat targeting a major ultra-deepwater prospect in the Orange Basin offshore Namibia which may confirm the Cretaceous source potential in the South Atlantic. Frontier exploration continues in the Southern Atlantic areas.

The Pacific Margin of Latin America has one of the largest concentrations of oil seeps in the world. With several mature Cretaceous to Cenozoic source rocks, reservoirs like turbidite sandstone, extensive seal rocks and multiple, combined trapping mechanisms, the Latin America’s convergent margin is proving to be an attractive area ready to be explored. The increased availability of high-quality data and farm-ins from major O&G companies like Equinor in Nicaragua’s Sandino basin, and Tullow Oil, BP and Oxy’s in the Peruvian offshore are an encouraging indicator of the value and potential of this margin.

Mexico is a major petroleum producing country with numerous proven basins, including the both the Salina del Istmo and Sureste “Super Basin” with ~60 BBOE of recoverable reserves. These offshore basins are characterized by world-class mature source rocks with numerous reservoir – seal pairs proven in several different stratigraphic intervals similar to its northern counterpart. Unlike the US GoM however, initial exploration and development generally focused mainly on both shallow-water Cretaceous and Jurassic carbonates. As such, the deeper water clastic Neogene/Paleogene plays attracted little interest until now. Following the historic energy reform in 2013, five offshore license rounds were held between 2014 – 2018 with participation from 25 companies that bid over 50 exploration wells and numerous seismic acquisition programs across 55 licenses. With the exception of the giant Zama discovery (roughly 700+ mmbo recoverable) within the Upper Miocene play in the Sureste basin and minor successful step outs within this play (i.e. Cholula, Saskeen), exploration results thus far have been disappointing. Recently, the newest discovery, Polok-1, confirmed a commercially viable petroleum system in the Lower Miocene. To date, as over half of the initial commitment wells remain to be drilled, Mexico remains an exciting location for exploration activity in 2021 and beyond.

**You may choose to register for the in-person networking event/both day sessions OR the online sessions only OR for each day session.** 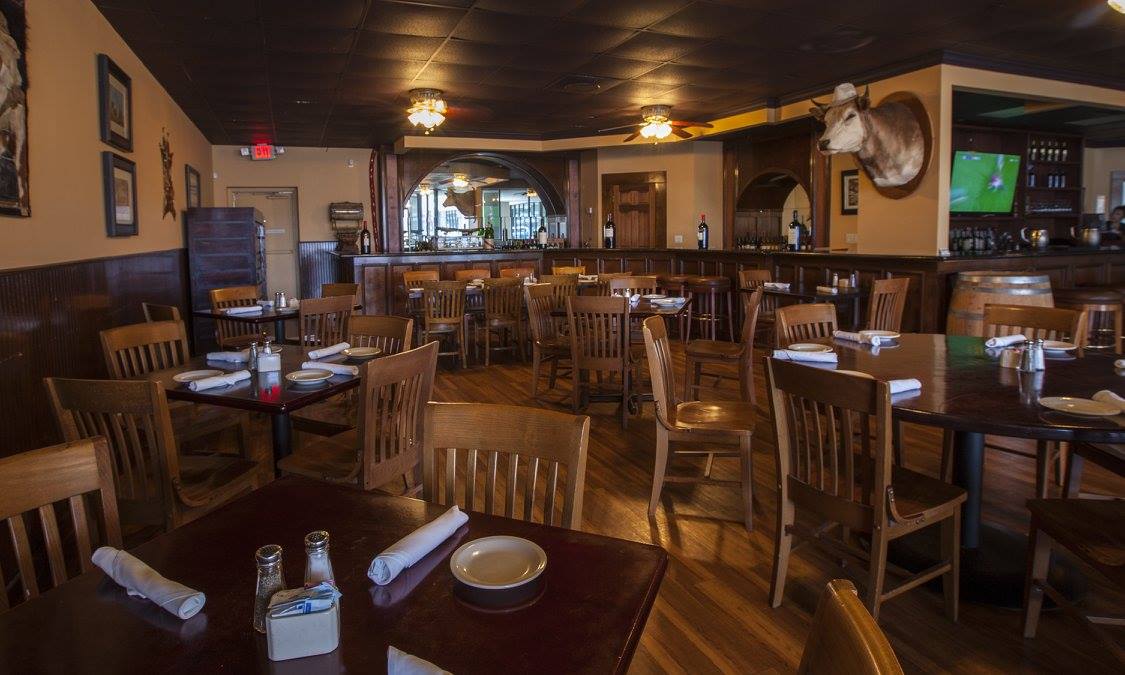 The HGS (Houston Geological Society) and EAGE (European Association of Geoscientists and Engineers) will host a networking event on November 8, 2021 in Houston, Texas. On this occasion, the HGS/EAGE will bring this event in an In-Person format. There will be a networking reception with drinks and appetizers, followed by a dinner and sponsor presentations.

Latin America enjoys a relatively unique advantage as it deals with the energy transition. Its energy mix has a smaller carbon footprint than that of any other continent due to large hydro resources and, less so, due to its biofuels consumption. While it has started the transition from a favorable place, further progress is necessary but will be challenged by several factors.

5:00 - 6:00pm Networking reception with drinks and appetizers (2 drink tickets will be included with registration)

Sponsorships are available for $2,000. Your sponsorship will include your logo on the event websites and social media, a table at this networking event, and time (TBD) for a commercial presentation. Please contact the HGS Office for sponsorships at office@hgs.org or by phone at 713-463-9476.

Meeting links will be sent before the event to the "Primary" email listed on your account.

1:15 3D Gravity Inversion Supports the Guyana-Suriname Rifted Passage Margin of Jurassic Age: But where is its Conjugate? by Kenneth Shipper, University of Houston

1:30 Analysis of the Poly-phase Plate-Margin Processes of Primary Influence on Jurassic and Cretaceous Basin Development in Guyana-Demerara and Conjugate Guinea Plateau Basins by Katya Casey, Actus

2:55 Geologic Framework for Critical Risk Factors Analysis of a Tertiary Carbonate Play in Colombian-Venezuelan Sedimentary Basin Along the Caribbean Margin of SA by Juan Arminio, Independent

10:55 Oil and Source Rock Geochemistry of the Guyana Basin by Andres Cedeno, University of Stavanger

11:35 An Integrated Approach of Forward Source Rock Modeling in the Suriname-Guyana Basin by Yushi Zhao, Chevron

1:40 Rift-Associated Magmatism in the Sergipe-Alagoas Basin and its Influence on Local Petroleum Systems by Mariana Meirelles, Petrobas

3:00 Huge Structures Associated to Novel Deformation as Seen in New 3D Data in the Pre-Salt of Santos Basin by Pedro Zalan, ZAG Consulting in Petroleum Exploration

To guarantee a spot, you must pre-register on the HGS website and pay with a credit card.  Please cancel by phone or email within 24 hours before the event for a refund. Online & pre-registration will close Monday, November 8 at 5 a.m. CST.

Access to one day of virtual presentations on November 9th

Access to one day of virtual presentations on November 10th 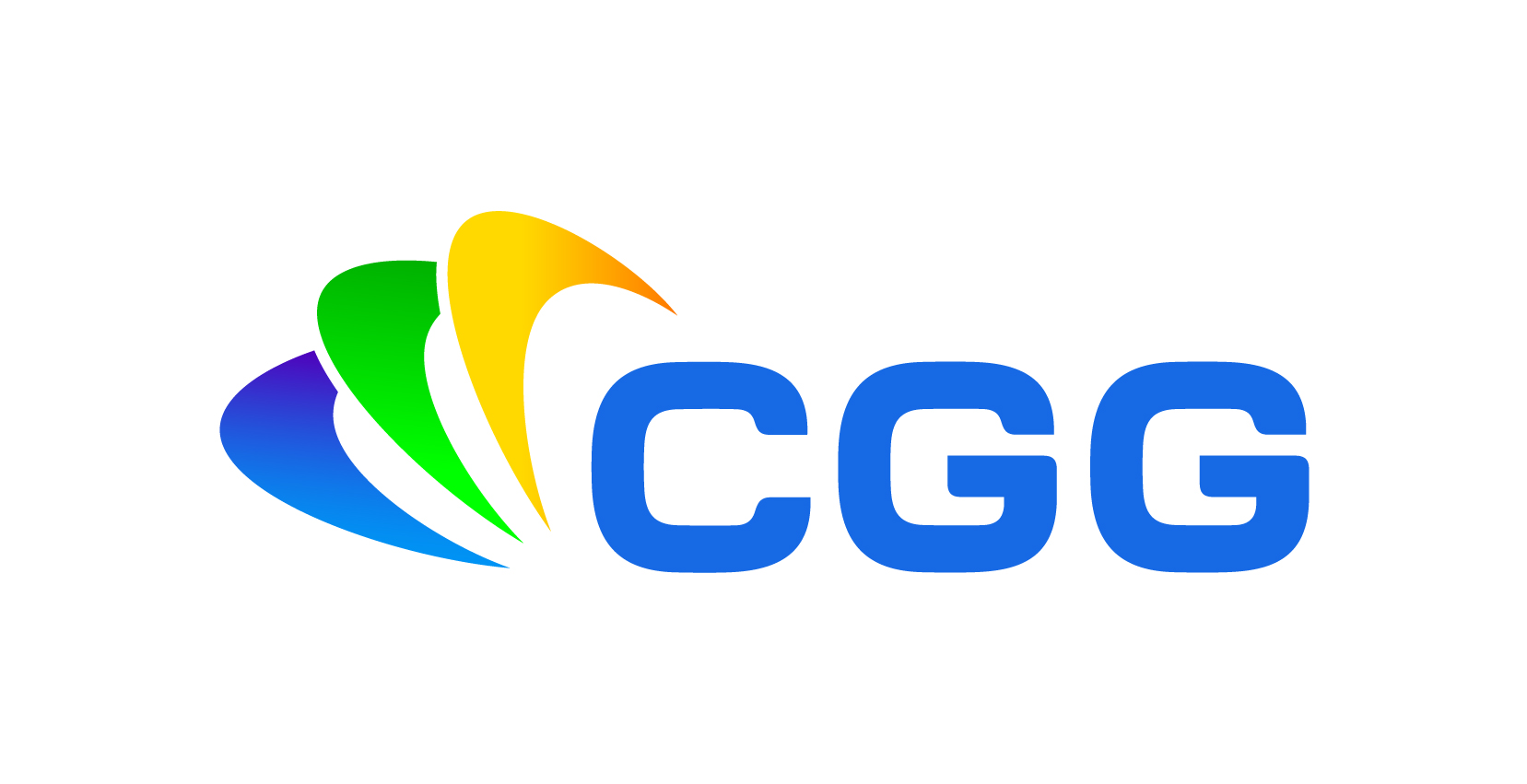 Please help us and let your friends, colleagues and followers know about our page: Third EAGE-HGS Conference on Latin America

You can also share the below link in an email or on your website.
https://www.hgs.org/civicrm/event/info?id=2254&reset=1
empowered by
CiviCRM