HGS International Dinner - The Quest from Shallow Shelf to Deepwater in Latin America: How We Got Where We Are, Where We Are Going

The Quest from Shallow Shelf to Deepwater in Latin America: How We Got Where We Are, Where We Are Going

This initial trendology, focused mainly by limited early seismic and seabed gravity data, continued to garner success and gradually gave way in the 1960’s to utilizing large digital multiclient geophysical surveys to expand beyond the basins immediately adjacent onshore production.  As the ‘60’s to the 80’s progressed, however, production technology limited exploration to the shelf where failure or marginal success was achieved in basins such as Brazil’s Santos, Peru’s Talara, Argentina’s Malvinas, and Guyana-Suriname Basins.

In the ‘90’s and 2000’s production technology advances in the US GOM beyond the fixed-leg platform enabled exploration in deeper waters, focused by more data sets, integration of DSDP and ODP drilling data, seismic stratigraphy, AVO, and plate tectonics (especially in the South Atlantic linking up Africa’s productive basins with South American target areas).  Major deepwater success followed in Brazil’s Campos-Santos, and more recently Mexico’s Perdido Fold belt plus Guyana.  Not all deepwater expansion has been roses, however, with in failures including Cuba, Barbados, Suriname with French Guyana, northeast Brazil, and Uruguay, plus relatively marginal or gas-only success in Colombia, Venezuela, Trinidad, French Guiana, north central Brazil and the Malvinas – Falklands regions.

We informally categorize this shelf and deepwater success of the last sixty years into ‘closed’ and ‘open’ productive systems.  ‘Closed’ systems are highly structured with super seals and/or readily definable traps and boundaries on seismic data - Mexico’s Salina-Sureste Basin and Brazil’s Campos-Santos, plus a lesser extent the US-Mexico Perdido Fold belt and Brazil’s Sergipe Alagoas.  ‘Closed’ systems are very rich and have major reserves to be found primarily by drilling in-between existing discoveries in Brazil, plus some step-out in Mexico.  Their heyday has decades to come, but they will probably see a production decline before humankind moves to a post-carbon world.  ‘Open’ systems, conversely, are subtly structured (with local exceptions) or purely stratigraphic with undefinable boundaries on seismic – best characterized by Guyana.  Vast regions possibly harboring major accumulations in ‘open’ systems remain undrilled or barely touched by the bit, from deepwater Barbados to Argentina on the Atlantic side, and higher risk Mexico to Chile on the Pacific side.  A major effort is underway to identify more Guyanas that will result in establishing new producing provinces but at the present industry pace some large productive complexes may go undiscovered before we move to that post-carbon world. 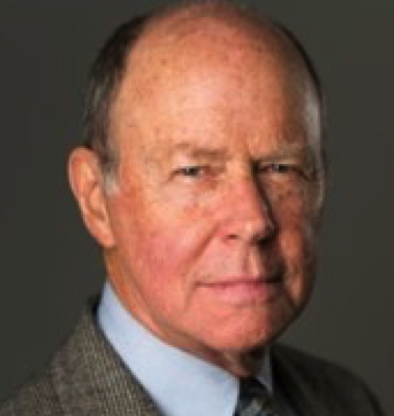 Rog Hardy has over four decades of diverse business and technical experience - in international and domestic, in operations and new ventures, with host governments, majors, independents, start-ups, contractors and as an independent consultant.

Most recently, Rog’s equity position in a Latin America-focused E&P start-up, Cruz del Sur LLC, and extensive consulting in North American shale growth strategy plus international new ventures and operations position him to be well versed in current issues and trends in the global industry.

Rog is past chair of the AAPG History of Petroleum Geology Committee and a Visiting Petroleum Geoscientist. He has a bachelors in geology from the University of Minnesota, and a masters from San Diego State. He is a registered geophysicist by the state of California.

Please help us and let your friends, colleagues and followers know about our page: HGS International Dinner - The Quest from Shallow Shelf to Deepwater in Latin America: How We Got Where We Are, Where We Are Going

You can also share the below link in an email or on your website.
https://www.hgs.org/civicrm/event/info?id=2157&reset=1
empowered by
CiviCRM