What Does the Evidence Show? 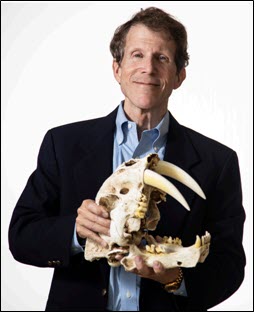 Mystery One:  Did we mate with Neanderthals and have viable offspring? If so, what genetics did we get from them?  Yes, we interbred, but apparently, only male Homo sapien-female Neanderthal pairings survived or were fertile. From the Neanderthal genes we got enhanced viral immunity, but also predispositions for ailments such as lupus, Crohn’s disease, type 2 diabetes, actinic keratosis, and depression.

Mystery Two:  Neaderthals lived in Europe for more than 250,000 years. When we (homo sapiens) arrived on the scene about 45,000 years ago, they disappeared quickly-forever.  What happened? Five major factors played a role in the Neanderthals demise: 1) Homicide by modern humans, 2) Disease brought by modern humans, 3) Competion for food and resources, 4) Our larger population absorbed their smaller one, and 5) Climate change brought on by Campanian Ignimbrite eruption.

Mystery Three:  Why is an Australian aborigine genetically more similar to a Scandinavian than an African tribesman is to a member of a different African tribe?  A small subset of the African population (with their relative lack of genetic diversity) left Africa about 70,000 years ago, and they populated the rest of the world.

In addition to answering these and other intriguing questions, we’ll discuss the huge breakthroughs coming from ancient DNA analysis, and the different information we get from the three types of DNA.

Neil Thomas Bockoven is an award-winning PhD geologist and journalist with 35 years of experience in industry. He has been featured in: Geological Society of America Bulletin, Association of Petroleum Geologists Bulletin, Virginia Journal of Science and many other scientific publications.
Neil worked as a geologist in Denver, Midland, Houston, New Orleans and Albuquerque. He attended The College of William and Mary, where he was a member of the state champion swim team, and received a Bachelor of Arts. He went on to The University of Texas at Austin, earning a masters and doctorate.
Neil has published articles on topics as diverse as the geology of huge volcanic calderas of the Sierra Madre Occidental Mountains of Mexico to sexual dimorphism in Astarte clams. His current interests center on the interaction between Early Modern Humans and Neanderthals during the Paleolithic Age, and the amazing related discoveries being made through archaeology and genetics.

Please help us and let your friends, colleagues and followers know about our page: HGS E & E -Humans and Neanderthals

You can also share the below link in an email or on your website.
https://www.hgs.org/civicrm/event/info?id=2121&reset=1
empowered by
CiviCRM