The type locality for both the Wolfcampian and Leonardian North American Stages occur within the Glass Mountains of Brewster County, Texas.   These outcrops, which are located along the south flank of the Delaware Basin (Figure 1), provide unique opportunities to examine the unconventional reservoirs within both the Wolfcamp and Leonard (Bone Springs) Groups.  Interestedly, these outcrops were studied by P.B. King (1930) for his classic dissertation research at Yale almost a hundred years ago, however they have received scant attention since, because their mudstone-prone facies were different from the carbonate shelf-margin reservoirs, which were the traditional conventional play in the Permian Basin throughout most of the 20th Century. However, with 21st-Century interest in unconventional mudstone-prone basinal plays in the Wolfcamp and Leonard Groups in the subsurface of the Permian Basin, these long ignored outcrops have become both timely and relevant for renewed research.

The type locality of the Wolfcamp Group is located in the Wolf Camp Hills, a topographic outlier along the Glass Mountains (Figure 2).   At this locality, various researchers (King, 1930 & 1937; Ross, 1963) have placed the base of the Wolfcamp Group at different stratigraphic positions within this succession (Figure 3).   In our research, the base of the Wolfcamp Group, as defined by King (1937), coincides with a regional angular unconformity that truncates underlying Pennsylvanian strata (Figure 4).  However, based on recent revisions of the geologic time scale (Gradstein and others, 2012), this angular unconformity would be placed within the uppermost Pennsylvanian (Gzhelian) Stage, or at the base of the recently proposed Bursumian Stage (Davydov, 2001), which encompasses Uppermost Pennsylvanian strata, that for most of the 20th Century was interpreted as Lowermost Permian (Figure 5). 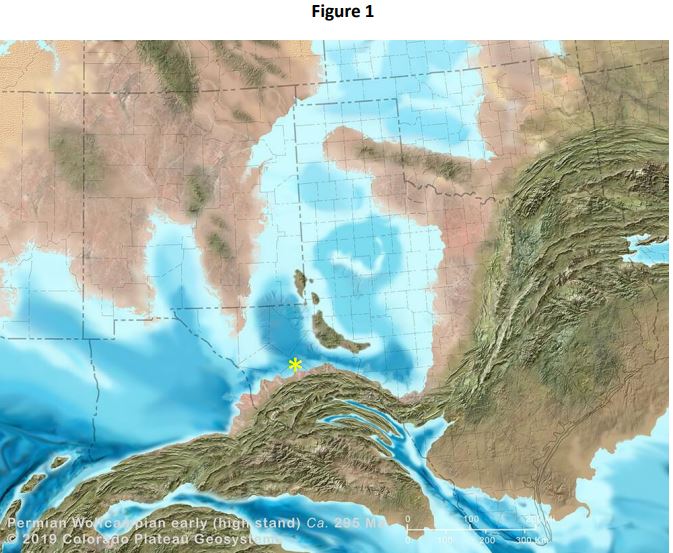 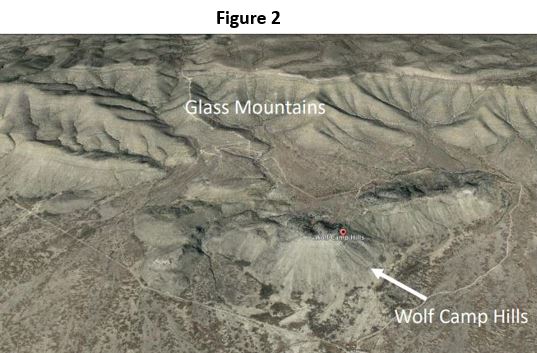 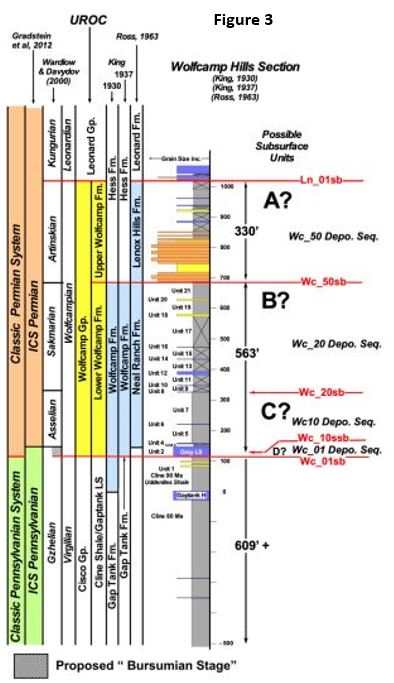 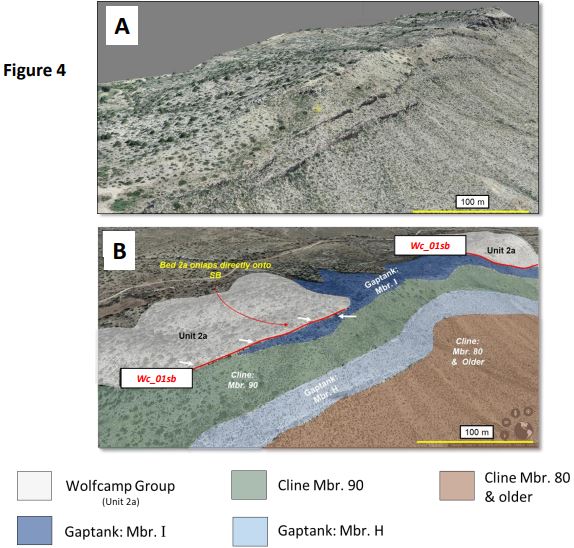 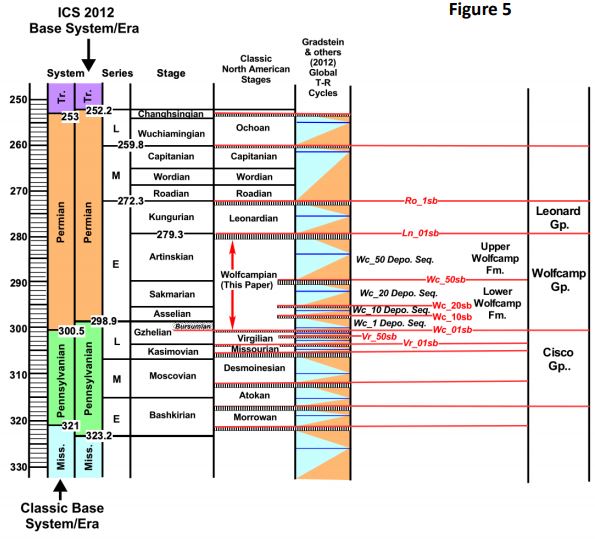 Davydov, V., 2001, The terminal stage of the Carboniferous: Orenburgian versus Bursumian. Newsletter on Carboniferous Stratigraphy. 19. 58-64.

Figure 1: Paleography of the Early Wolfcampian across the Greater Permian Basin.  Please note the location of the Wolf Camp Hills, the Type Wolfcamp Locality (*) along the south flank of the Delaware sub-basin. Paloeogeographic map from Blakey (2019), courtesy of Deep Time Maps.

Figure 3: Composite stratigraphic section of the Wolfcamp Group in the Glass Mountains of Brewster County, Texas.  Please note: 1) Base Wolfcamp pick by King (1930), King (1937), and Ross (1963; 2) Relative placement difference between the classic Base Permian and recent ICS Base Permian (Gradstein and others, 2012); 3) interpreted position of the International Stage Boundaries based on the work of Wardlow and Davydov (2002), and 4) position of the W01 angular unconformity, which was interpreted as the base of the Wolfcamp Group in this study.

Figure 4: A) Uninterpreted, and B) Interpreted Seismic-scale Drone photo-imagery of the eastern Wolfcamp Hills illustrating the stratal terminations associated with the interpreted Base Wolf Camp (Wc_01) Sequence Boundary.

Ellington Geological Services is a team of highly-trained, dedicated professionals and technicians that truly understand the importance of the data contained in rocks and the care require to protect, preserve, and extract that essential data.  The company history goes back to 1989 and it has been 30 years.  We continue to offer the premium services that include Biostratigraphy, Wellsite Services, Geochemistry, Core Scanning, and Sample Management.

Please help us and let your friends, colleagues and followers know about our page: HGS General Dinner- Texas A&M Night: Outcrop Windows to the Unconventional Reservoirs and Stratigraphy of Wolfcamp Group in the Permian Basin

You can also share the below link in an email or on your website.
https://www.hgs.org/civicrm/event/info?id=2112&reset=1
empowered by
CiviCRM