The African Margins seismic workshop is focused on providing a seismic-based overview of the petroleum potential for the offshore basins across the African margin. Participants will evaluate basin setting and play types by interrogating seismic data in these areas. The focus will be to observe and learn about key differences and similarities of the various basins and petroleum systems. The workshop evaluates several of the known petroleum plays as well as new potential plays and ideas. The focus areas for the workshop are West Africa from Namibia to Nigeria, East Africa from South Africa to Somalia and North Africa central and eastern Mediterranean. This one-day course will provide participants the opportunity for a regional overview of these margins and ‘hands on’ interpretation of several of the offshore basins of Africa. 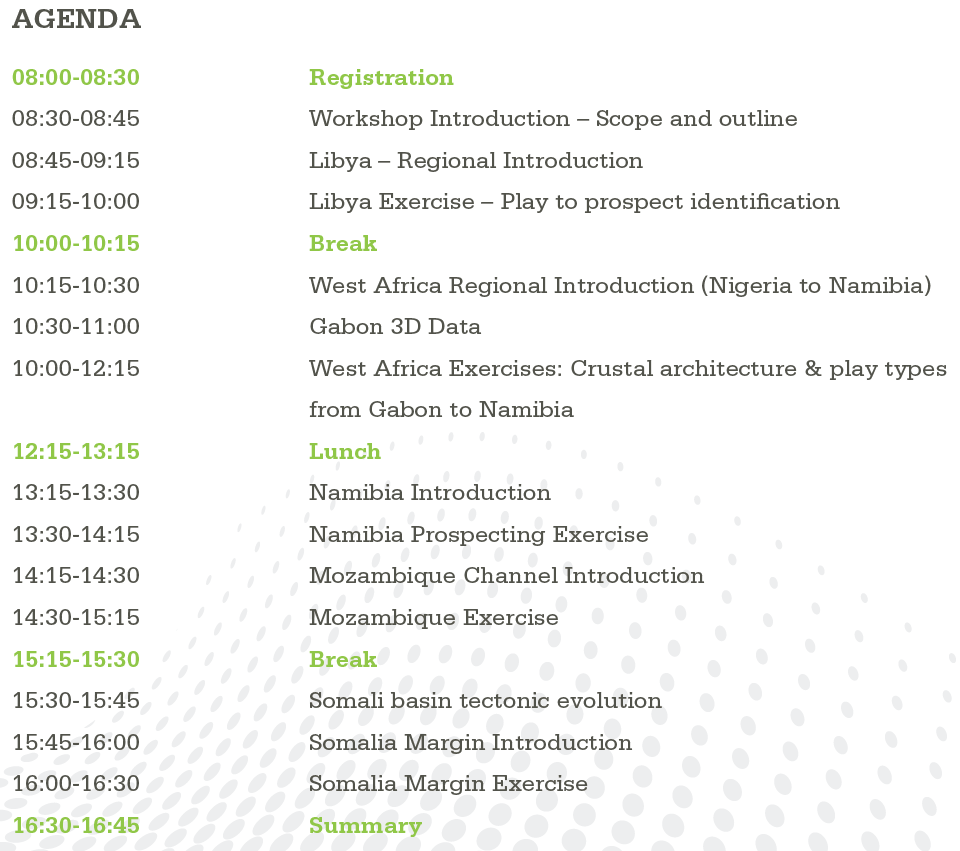 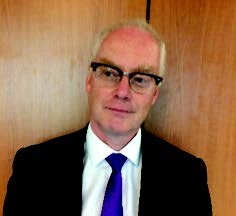 Dr. Hodgson joined Spectrum in 2012 having previously worked for BP, BG and Premier Oil in a number of global exploration and development roles over a 32-year career. His last role prior to joining Spectrum was Exploration Director for Matra Petroleum. Neil now directs a small team of geoscientists working globally who are helping place new seismic programmes in the most prospective areas and developing new ways to illustrate how Spectrum’s seismic library will help energy companies discover oil and gas. Neil is President Elect AAPG Europe. 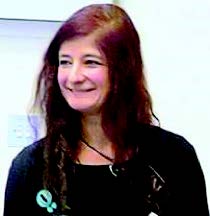 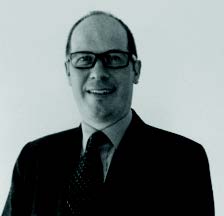 Paul Bellingham is an explorer with over 17 years of experience in the oil & gas industry as a geologist, exploration manager and director. Paul has experience with mega-regional to prospect scale projects and has worked across a wide variety of plays and provinces globally; he is currently Vice President at ION’s E&P Advisors group, responsible for the Eastern Hemisphere. Paul received his PhD in Arctic tectonics from the University of Cambridge and is a fellow of the Geological Society and a member of the PESGB. 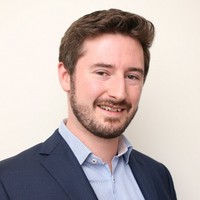 Ken McDermott received his PhD from the University of Birmingham in 2013 for his work on hyper-extension at magma-poor rifted margins; and a BSc in Geology from University College Dublin in 2007. From 2012-2014 Ken held a postdoctoral research position at University College Dublin, working on North Atlantic tectonostratigraphy. Since 2014, Ken has held the position of Structural Geologist with ION E&P Advisors. His focus has been on mega-regional margin studies and interpretation. Ken is a member of the PESGB and a fellow of the Geological Society of London. 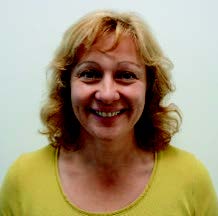 Lisa Fullarton was awarded her PhD from Royal Holloway and Bedford New College, University of London in 2001 for Structural Geology work in the Southern North Sea; a MSc in Petroleum Geology from the University of Aberdeen in 1995; and a BSc in Geology from Imperial College, University of London in 1993. She has over 19 years industry experience gained predominantly in International oil companies such as Hess, Shell and Texaco, working on mega-regional to prospect scale exploration projects across five continents. During this time she has spent nearly two years working the Libya area and was the Geophysicist on the Arous Al-Bahar discovery well in the offshore Sirt Trough in 2008. Since 2013, Lisa has been an independent consultant working for Atlantis Geoscience Ltd. She has been working with ION since 2017 on projects in Nigeria and Libya.

Don't Forget to Register for the 2018 HGS/PESGB Africa Confernce!

You can also share the below link in an email or on your website.
https://www.hgs.org/civicrm/event/info?id=1973&reset=1
empowered by
CiviCRM