The Campeche/Sureste Salt Basin SE Mexico: a tale of two shunts and a bang!

The Campeche/Sureste salt basin has received worldwide attention from the oil industry in the recent past with the remarkable success of the first exploration wells in Mexico since opening to international companies. Talos Energy and partners have discovered more than a billion barrels of oil in Neogene sandstones structured by a salt diapir (Zama); while Eni discovered a similar amount of new oil in a development block. Both discoveries are in shallow waters of less than 200 m, but the geological setting is deep marine turbidites depositing around allochthonous salt sheets flowing at the seabed. This type of setting is routinely explored in the US sector, but in present day water depths of 2000 m or greater. In Mexico, the deepwater setting has been uplifted by 1-3 km during the Chiapeneco orogeny in the Miocene, and to a lesser extent by the earlier Laramide orogeny; so that this setting can even be explored onshore.

This talk describes the dramatic effects of these two shunts on the south Mexican salt basins; which has led to some of the most complex basin geology in the world, offering tremendous potential for giant oil discoveries. To add further spice to this, the largest meteorite impact in the world collided just to the north of the Campeche Basin at 66 Ma; leaving an indelible mark on the geological landscape with up to 400 m of carbonate breccias strewn across the whole Gulf of Mexico. It is these breccias that were affected by the Chiapeneco orogeny, transforming them into world-class oil reservoirs which host more than 100 billion barrels of STOIIP in the Sureste Basin.

The Campeche salt is interpreted to have been deposited in Bajocian-Bathonian times, at the end of the main extensional rift phase, with the base salt being a fairly continuous flat surface across most of the deepwater salt basin. However, rifting continued around the shallow edges of the basin up to the end of the Kimmeridgian (ca. 150 Ma) and in the ultra-deepwater along the frontal edge of the salt basin in North Campeche. Tithonian source rocks mark the end of rifting when organic-rich shales were draped over the crests of underfilled fault blocks.  The main extension direction was probably oriented NNW-ESE, as several ENE-WSW rifts have been identified in the area NW of Cuidade del Carmen. This corresponds to the initial opening direction of the Gulf of Mexico, determined from the orientation of the oldest segments of the oceanic fracture zones defined on the satellite gravity data (Sandwell et al. (2014).

The salt basin and the sedimentary cover were compressed during the Laramide Orogeny which prograded from Late Cretaceous in the onshore to Eocene offshore. This caused squeezing of salt diapirs which had grown throughout the Jurassic and Cretaceous period. The J-K sediments consist of carbonates in the shallow water and starved clastics in the deep water; no viable deepwater Jurassic or Cretaceous reservoirs have been identified so far. Extensive allochthonous salt sheets where extruded at the seabed during the Eocene throughout the onshore Sureste basin and the shallow water Campeche. However, most of this canopy was removed by later squeezing during the Miocene age Chiapeneco Orogeny. The Eocene canopy is now marked by salt welds with listric faults detaching on the weld surface.

A second compressional event occurred in the Mid-Miocene (ca. 20 Ma) to the present day with NE-SW directed shortening (Chiapaneco event) associated with formation of the Cocos Spreading Ridge and subduction of this ridge below Mexico.  Mid-Miocene compression produced intense squeezing of pre-existing diapirs and withdrawal from the Eocene allochthonous sheets, leading to extrusion of even larger allochthonous salt canopies in mid to late Miocene times.  These salt sheets were squeezed and inflated up to 4 km in thickness, and have been continually deformed to the present day by subduction-related stresses. The sheets and underlying sediments have been folded, producing attractive sub-salt anticlinal traps. However, the structures at the top salt sheet level are discordant with the folding at the base salt sheet level making sub-salt seismic imaging difficult.

In areas where the autochthonous salt remained thick and deeply buried, Miocene compression produced salt-cored anticlines and caused folding and overthrusting of Mesozoic carbonate slabs, which were uplifted several kilometres and laterally displaced up to 20 km.  Some of the overthrusted carbonate slabs became exposed at or near the seabed soon after the onset of the Mid-Miocene compression. Fracturing and leaching of the exposed carbonate sheets will have significantly enhanced the reservoir potential of the previously deeply-buried Mesozoic carbonates. Many large oil slicks have been identified over these carbonate anticlines, where the salt reaches close to the seabed, but no exploration wells have been drilled to test this play type so far. 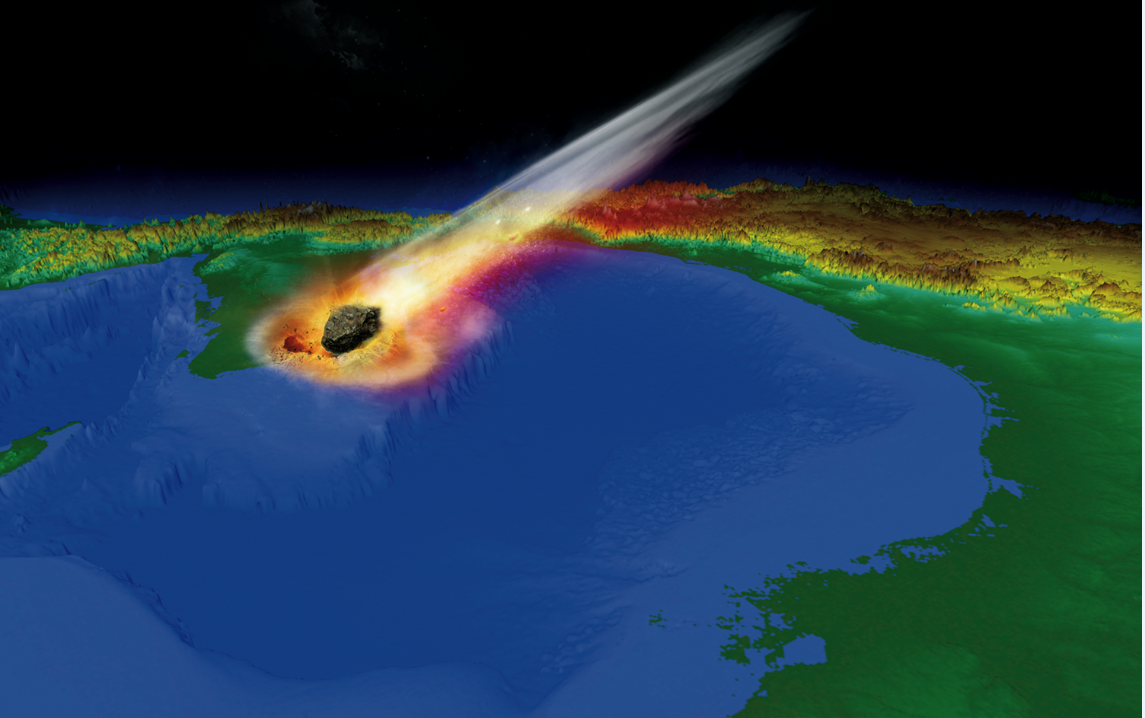 A NW downward tilt to the basin was produced during thermal subsidence which has been enhanced by Tertiary sediment loading. This has produced NW-directed downslope sliding with large extensional counter-regional faults developed that detach on the allochthonous salt extruded during the mid-Miocene. NE-trending Pliocene-Recent minibasins developed in the hangingwalls of the counter regional faults. Up to 4 km of clastic sediments were deposited in less than 2 million years within these minibasins, with deposition of key Mio-Pliocene reservoirs of the Magallanes, Cinco Presidentes, and Orca Formations. Such rapid sedimentation implies a significant increase in denudation some 2 Myr ago.  This is probably due to enhanced uplift during a compressive phase along the Pacific subduction zone perhaps due to subduction of larger volcanic complexes along the Cocos Ridge. 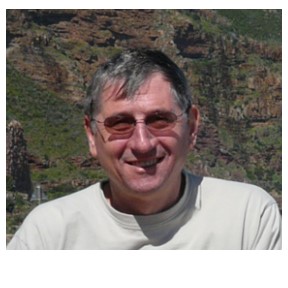 Ian is Managing Director of Earthmoves Ltd. a UK based consultancy working frontier exploration areas and salt tectonics. He regularly gives industry short courses on Salt Tectonics and regional basin evaluations in Mexico and the Atlantic margins. He is the main author of a best-selling multi-client report on Mexico’s hydrocarbon potential. Ian is a Visiting Professor at Royal Holloway, University of London and has published over 80 papers in international journals and books. He has a PhD from the Universities of Leeds UK and Montpellier, France.

Please help us and let your friends, colleagues and followers know about our page: HGS International Dinner - The Campeche Sureste Salt Basin SE Mexico: a tale of two shunts and a bang!

You can also share the below link in an email or on your website.
https://www.hgs.org/civicrm/event/info?id=2027&reset=1
empowered by
CiviCRM