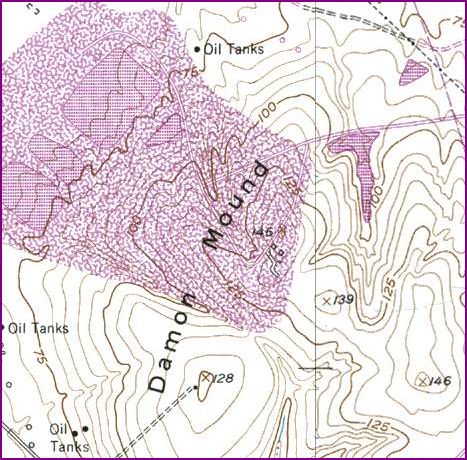 Who: Joint field trip for Houston Gem and Mineral Soc, Houston Geological Society, Houston Museum of Natural Science and anyone else who sees this announcement.

Waver: Everyone will be asked to sign a waver by the land owner.

What to see: Caprock of the salt dome and the Miocene reef draped over it. Collect the abundant coral, pectens, rare urchins, and occasional sulfur blebs in the caprock. The Damon Mound salt dome has produced oil, sulfur by the Frasch process, and finally crushed stone.
Services: None at the salt dome, but there are plenty in Needville a few miles north. It will be HOT and yes there are fire ants, snakes and cattle.

We have run field trips to Damon Mound in the past and everyone had a good time. Normally there is a locked gate between you and the pit.
No reservations necessary - just come.

Please help us and let your friends, colleagues and followers know about our page: HGS Free Field Trip to Damon Mound