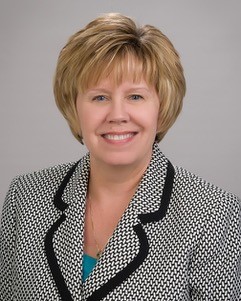 • Originally from Tulsa, Oklahoma but have now lived in Houston, Texas for the last 34 years.  Still an Okie at heart.

• Graduated from Oklahoma State University in 1984 with a BSc and in 1986 with an MSc degree in Geology from the Boone Pickens School of Geology in the College of Arts & Sciences. Had the honor of being the commencement speaker at OSU for the CAS in May 2018.

• Started career in 1986 with ExxonMobil as a production geologist with responsibilities for field mapping, reservoir characterization, and infill drilling for several fields in the Texas Gulf Coast.

• From 1997 to 2004, while balancing career and family, I worked part time as a geologic consultant focused on asset evaluations for independent oil companies and for ExxonMobil on regional projects in the Middle East, North Africa, Mexico, Russia and Australia.

• In 2004, returned to ExxonMobil on a full-time basis and worked multiple assignments in a diversity of geologic settings in both a technical contributor role and a management role.

• In 2013, was named to a Senior Principal Geoscientist role at ExxonMobil in the Upstream and in 2015 promoted to Chief Geoscientist. In this role I served as a technical expert and advisor to Senior Leadership on global ExxonMobil activities.

• I am married to another geoscientist and have two children – Amanda (28) and Nathan (24).  Amanda is a meteorologist and working for a private weather company in Dover, NH.  Nathan is currently attending graduate school at University of Houston after obtaining his BSc degree at University of Tulsa, where he was a student athlete (football).

• Active member in the AAPG and currently serving on the Houston House of Delegates, member of Houston Geologic Society, member of Executive Advisory board for the OSU Boones Pickens School of Geology, 2020 Distinguished Alumni OSU College of Arts & Sciences